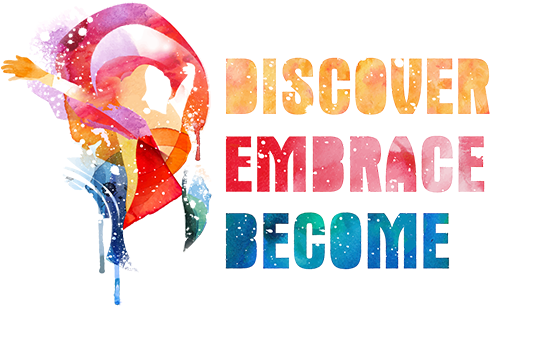 How do we embrace the seeker in our midst: the individual who comes to church not quite sure what brought her there, the person who has been away from church but now feels the need to return, the steady parishioner suddenly called to go deeper into his faith? Discover, Embrace, Become is about helping others get at the heart of Christianity–revealing to them the main thing, which is the undiluted, unconditional Love of Christ and the call to share this love with one another.

Discover, Embrace, Become invites seekers into a way of faith-exploration that allows them to:

The three modules of Discover, Embrace, Become mirror the phases of a traditional catechumenate with a time of inquiry, catechumenate period, and sacred preparation for baptism.

The modules may also be explored individually:

There are two ways to offer Discover, Embrace, Become to your congregation:

What do you need to do?

What is the role of clergy?
A note about the the course:

What do you need to do?
What is the role of clergy?

In ancient times this work was called catechumenate. Christianity (The Way) was new to the world and the catechumenate was a (three-year!) process for forming people in the faith in a world unfamiliar with Christianity. Since the earliest Christians gathered, seekers came asking questions, searching for meaning and yearning for an experience of the risen Christ in their lives.

We find ourselves in a similar position now, with much of the population either having no personal experience of the Christian faith, or a narrow and perhaps misleading view of Christianity seen through the lens of the media. What is our process for bringing these individuals into the faith in modern times?

Resources for Exploring the Catechumenate

Read Building Faith’s article Re(discovering) the Adult Catechumenate: The Path of Discipleship for an overview of the catechumenate process.

Journey to Baptismal Living is an organization of diverse people (clergy and lay) from diverse denominations (Episcopal, Lutheran, United Methodist, Presbyterian among others) connected through their commitment to the movement of faith through the sacrament of baptism to baptismal living as disciples of Christ. The organization provides training and resources.